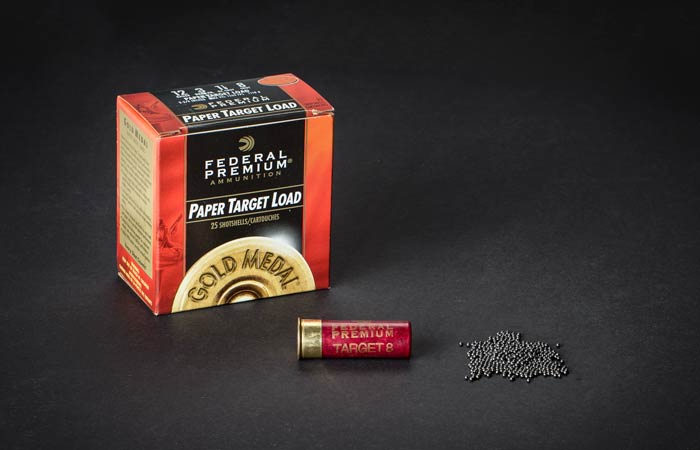 The shotgun is the most versatile of all firearms. You can use it for everything from informal target shooting to big game hunting and personal defense. The key to getting the most from your shotgun is selecting the proper ammunition.

The enormous variety of shells and loads available for shotguns can be a bit daunting. When choosing your ammunition for target shooting, first determine what kind of target shooting you’ll be doing.

Are you going out just for fun, or is your goal to compete? Will you be shooting skeet, trap, or sporting clays?

Know the ammo that’s right for your gun. If you’re target shooting, you’ll be using 2¾” shells (2½” for the .410). The 3″ shell is intended for hunting with 12- and 20-gauge guns, as well as the .410 bore. Always check the box when purchasing to ensure the ammunition is compatible with your gun.

Next, let’s talk about the different types of target shells available. The hull itself may be paper or, more often, plastic. I prefer plastic shells, simply because I hunt with them and like a consistent feel to the ammunition I’m handling. But some shooters still love the feel and distinctive smell of paper-hulled ammo.

Target shotshells are loaded with a payload of lead or steel shot weighing from ½ ounce for the .410 to 1 1/8 ounce in 12-gauge. You also can select ammunition that produces higher or lower velocities, a number that is indicated either by a dram equivalent number or an actual velocity in feet per second.

Keep in mind that the higher the payload weight and velocity, the greater the recoil. Target shotshells are generally designed to drive moderate shot loads at moderate velocities, to make long shooting sessions comfortable.

Wild pheasant hunting is one of the best hunting experiences we have here in the West. Find a few promising spots on a map, chat with the locals at the gas station, throw the guns, shells, and dogs in the truck, and you’re on your way to a great day.

When you’re selecting an upland bird round, consider whether you’ll be hunting one species of bird or many. If you’re hunting in an area where there are likely to be quail, grouse or chukars along with the pheasants, pick a smaller shot size as to not make ground meat out of the smaller birds. For this application I prefer the Federal Premium Prairie Storm #6 shot. You might even run across a rabbit or two, and if the season is open, have at them.

For wild birds, early in the year, I use 2¾” lead #5s. Later, when birds are flightier, I opt for #4. Also take into account your own shooting habits. If you’re prone to shoot within 20 or 30 yards, you can get by with smaller shot sizes.

When the weather turns cold and you may need to reach out and touch birds at 40 or 50 yards, you’re going to need larger shot or even the heavier shot payload of a 3″ shell to have enough knockdown power.

Coyote hunting has exploded in popularity as the crafty canines have spread throughout the country. While most will think of an AR or bolt-action rifle as the proper armament, shotguns are very effective coyote medicine, whether as the primary firearm or a backup.

Fast, humane kills on the fleeing furbearers depend on a tight-choked shotgun and ammo that puts power on target, like Federal Premium Vital-Shok High Density buckshot. This 2¾” shell pushes a nine-pellet 00 buck tungsten-alloy payload to a blistering 1600 feet per second.

Because its tungsten-alloy pellets are lighter than equivalent lead shot, higher velocities are a result. The High Density shot is encased in a FLITECONTROL wad that keeps the shot string together for a greater distance beyond the muzzle. The result is tight, hard-hitting patterns that are murder on coyotes.

There was a time when the slug shotgun was the poor relation of the rifle, and hunters in shotgun-only states felt like second-class citizens. No more. Developments in both guns and ammunition mean slug hunters can take shots that only riflemen would have tried 20 years ago.

Take Federal Premium’s 3″ 12-gauge Trophy Copper shell. It pushes a polymer-tipped 300-grain bullet at 2000 feet per second at the muzzle. That gives you a muzzle energy of 2664 foot pounds, and the high ballistic coefficient of the bullet means it’s still producing a bone-crushing 1745 foot-pounds at 100 yards.

If you can do your part, Trophy Copper can give you sub-4″ groups at 200 yards. With today’s accurate slug guns and dedicated scopes, the slug hunter can be very efficient up to that distance.

And when the Trophy Copper slug, with its deep, externally skived cavity, hits the target, it provides consistent, superior penetration across a broad velocity range.

As a dedicated waterfowl hunter from New England, I can tell you that when the temperature plummets and the saltwater bays begin to freeze up, you don’t want your ammunition to fail you when you finally get a shot.

The first thing to know about shotshells for waterfowl hunting is that they must be lead free. Non-toxic shells may use steel shot or other non-lead shot that won’t cause lead poisoning if ingested by waterfowl.

Since steel is lighter than lead, you’ll need to select a larger shot size to maintain similar pellet energy. While #5 shot was a common choice for shooting ducks in the lead shot era, duck hunters now often choose #2 steel shot to provide similar results. To keep pellet counts up, waterfowlers now most often specify the 3″ or even 3½” 12-gauge shotguns, and goose hunters will even go for the 10-gauge.

While the requirement for non-toxic shot began in the duck marsh, it’s now a necessity for many upland or even target applications where shooting takes place over wetlands. Federal’s Steel Game & Target ammo gets you in compliance, whether your shotgun is a 12-, 20-, 28-gauge or .410 bore.

Federal Premium Black Cloud FS Steel is a fantastic all around shell for larger puddle ducks and small geese. I prefer #3 or #4 for large corn-fed mallards and geese. When out on the ocean for sea ducks, it’s all about speed. Most of these ducks will not decoy and (late in the season especially) you’ll be doing quite a bit of pass shooting. My go to for these tiny rocket ships is the Federal Premium Black Cloud FS Steel High Velocity. With a muzzle velocity of 1635 feet per second, they give you the best chance of taking them down.

In the early season, I’m shooting in close-range spots like river beds with steep dropoffs on either side or in a creek along a field. When I know the birds will be decoying right on top of me at close range, I greatly prefer the Close Range version of the Black Cloud in a #2 or #3. This goes the same for close-range goose hunting out of a pit or hunting in timber. This load is optimal for 20-30 yards.

Let’s talk turkey. When hunting these feathery fortresses, you need something that is going to penetrate all those layers should your headshot be slightly off target. To some, that means a 3½” shell. It’s a debate I’ve had one too many times in the turkey woods. Some think that extra half-inch will reach out and touch distant birds, or help break through the turkey’s tough feathers.

In fact, I’ve killed many turkeys with a 3½” shell. But I’ve found over the years that setting your decoy at the proper distance, and using a powerful 2¾” shell like Federal Premium Mag-Shok is all it takes. Its shot is buffered with granulated plastic around the lead pellets.

If you prefer a 20-gauge, try the all-new 3rd Degree shotgun load. This load has been designed to offer an optimal pattern for the turkey hunter. Available in 3-inch combination of #5, #6, and #7 shot, this payload will definitely allow you to take home Mr. Jelly Head.

We all hope it’ll never happen, but a day could come when you need your shotgun for personal defense. If you do, there are few more effective choices. You can maximize your chances for survival with a dedicated defense load like Federal Premium’s 12-gauge Premium Personal Defense.

It propels nine pellets of 00 Buck at a moderate 1145 feet per second. This keeps recoil in the comfort zone of any family member, and limits overpenetration of walls in case of a confrontation inside the house.

The shot is buffered and copper-plated for minimum deformation and encased in Federal Premium’s FLITECONTROL wad. Just as is does in waterfowl ammo, FLITECONTROL keeps the shot string together beyond the shotgun’s muzzle to deliver dense, high-energy patterns on target.

Federal Premium offers shell choices for all types of shooting in all budget ranges. As a beginner shooter, one type of ammunition over another isn’t going to make you a pro overnight. It’s the time you spend at the range and in the field that will make you a more successful shooter. 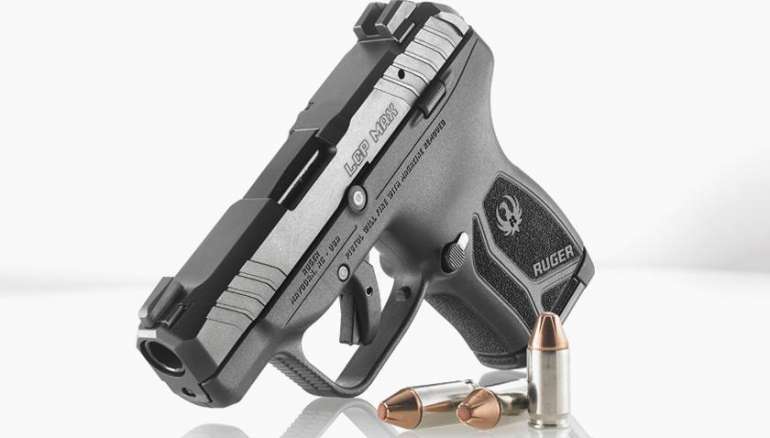 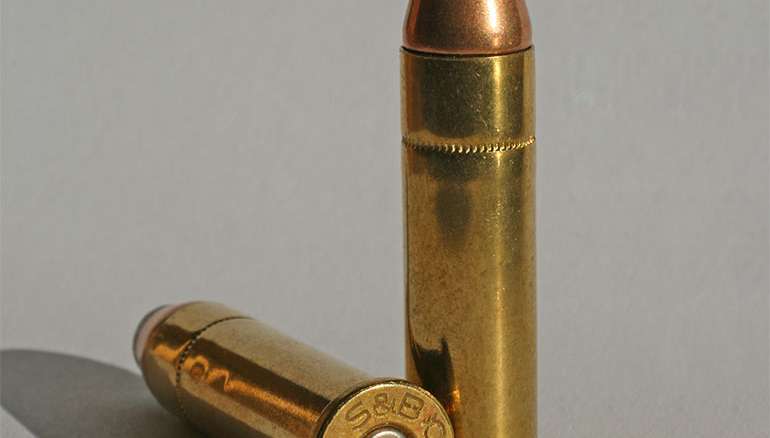